Playing Cards have been around for a very long time. Some say that they may go all the way back as far as the early 13th Century in China, other sources that they go back even further to the 9th century where the first reference to the card game in world history describes Princess Dongchang (daughter of Emperor Yizong) playing the "leaf game" in 868 during the last reign of the Tang Dynasty. (Imagine that, no instagram, texts, snapchat, no facebook, even worse no electricity and no running water!). Can you picture yourself living back in those days and in that part of the world? Crazy right.

It is also believed that the original sets of that time were very expensive, hand painted, original works of art and were affordable only by the wealthy. From China they spread to India, Persia and then eventually to Egypt during the era controlled by Mamluk. From Egypt they made their way up through the Italian and Iberian Peninsulas into 14th century Europe.

Eventually cheaper methods of producing were discovered and they became more affordable so that everyone can enjoy playing them. Although, the most popular deck used today is the French 52 deck, using Hearts, Tiles (diamonds, Clovers (clubs), Pikes (spades). There is also the Italian, Spanish, German and other versions that use symbols such as cups, coins, clubs, swords, shields, acorns, leaves, or roses along with suits.

The history of the "Suicide King" which is sometimes called the "King of Hearts" is somewhat debate-able. 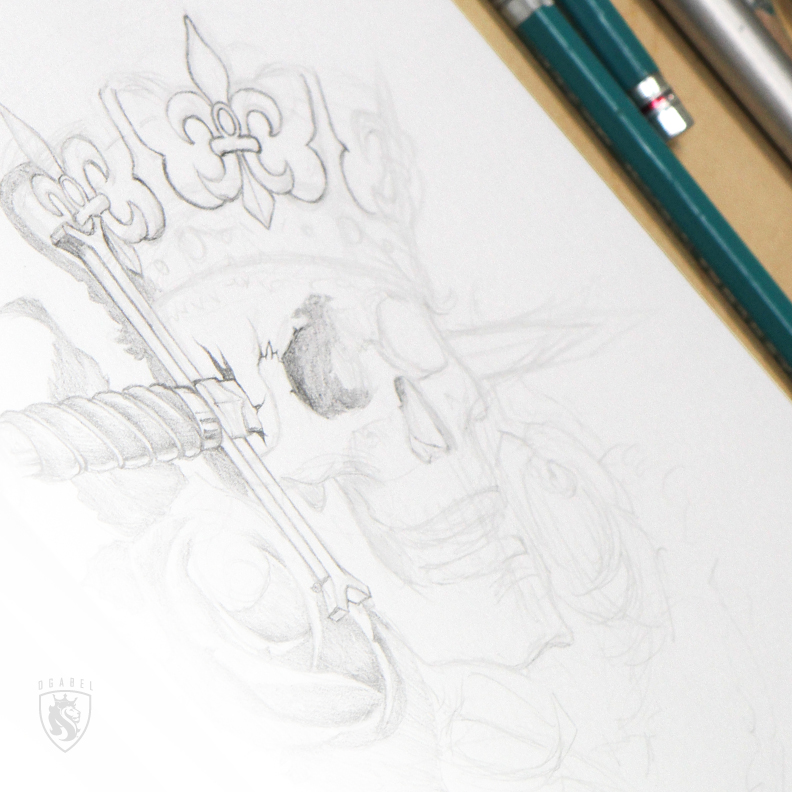 During the middle ages the King of Hearts card showed a king yielding a battle axe up over his head. 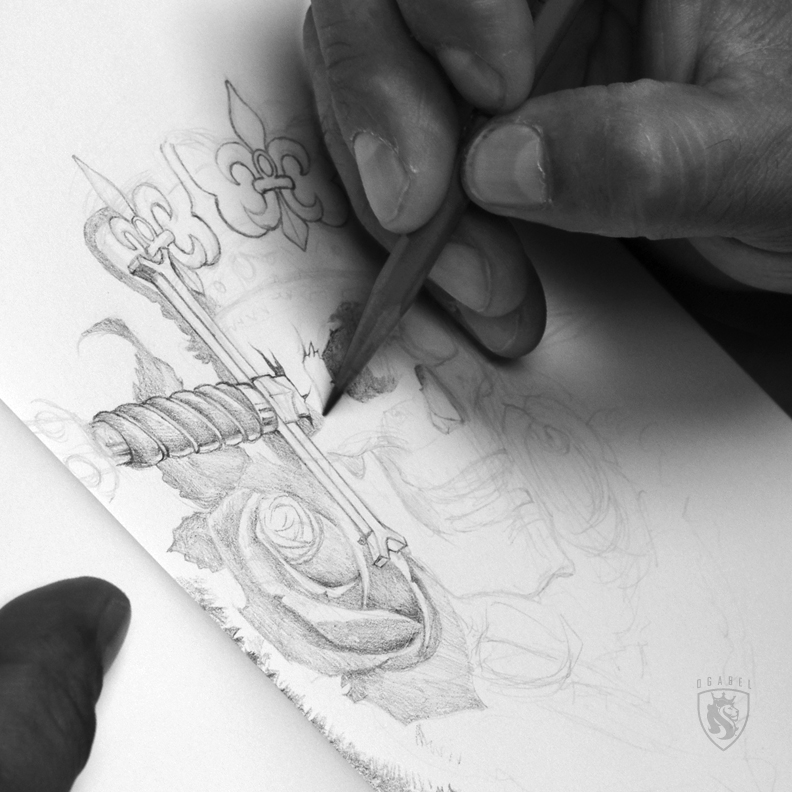 By 1800's the King of hearts had lost the battle axe and picked up a sword that disappeared behind his head. It also becomes the only four handed suited card when the double-ended version was introduced. 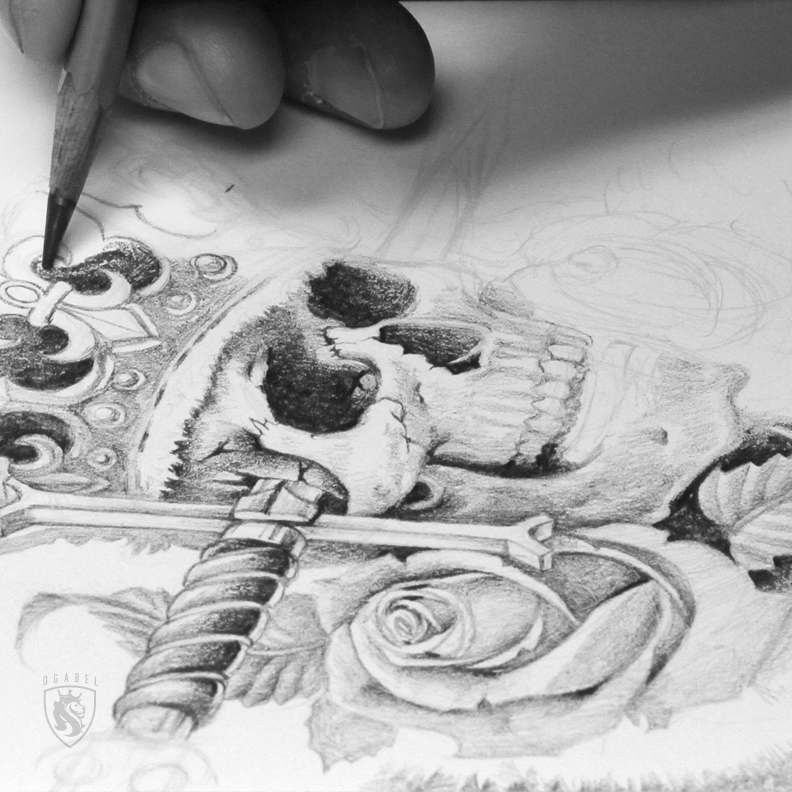 Below is the finished sketch of my version of the Suicide King ready to be scanned and repainted digitally in Adobe Photoshop. 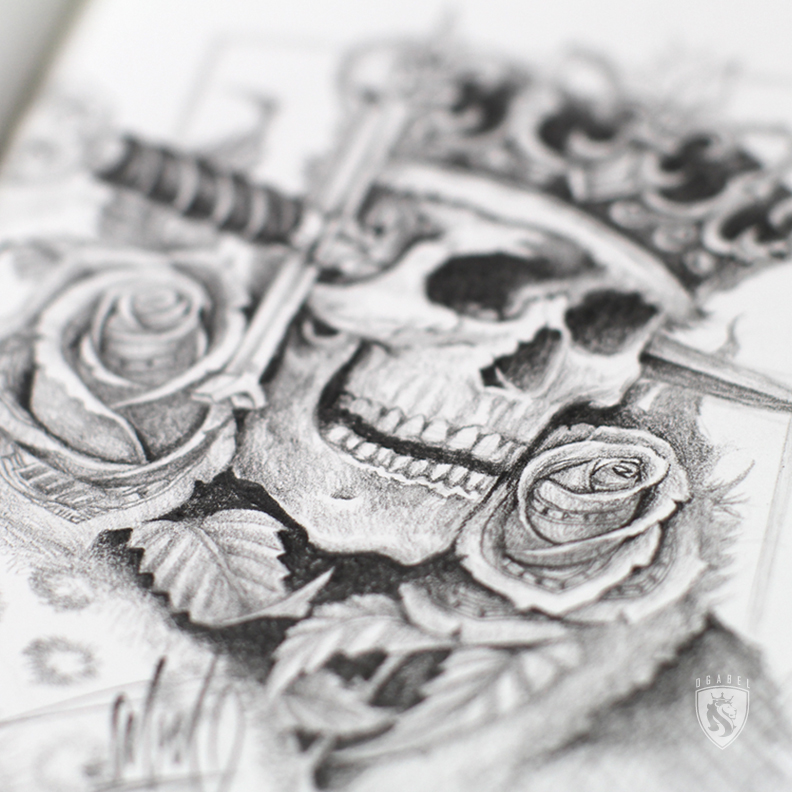 Here is the final digital illustration ready to produce or to be printed on shirts and accessories. 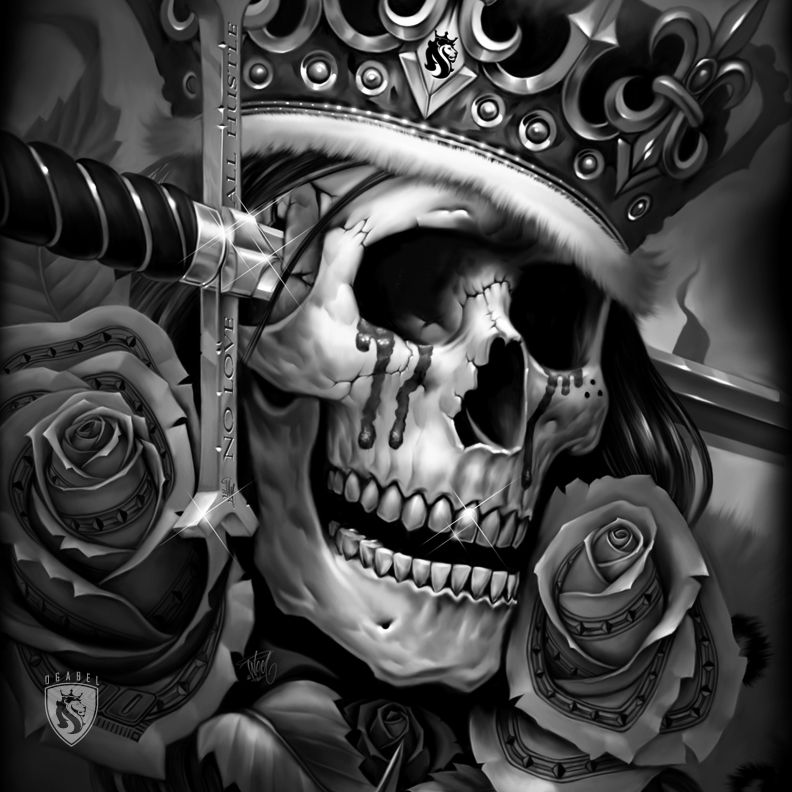 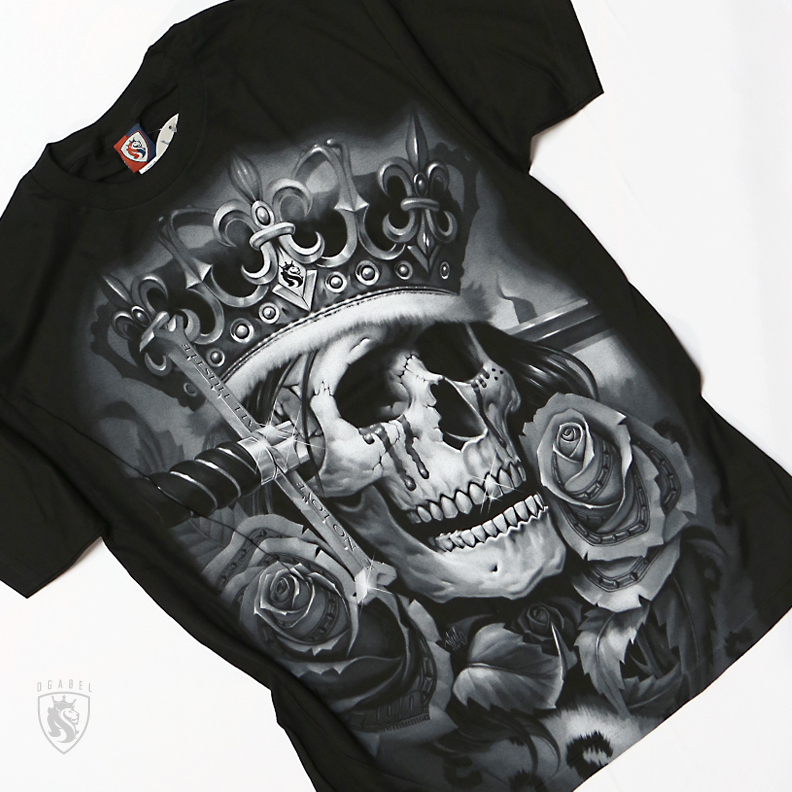